Brands Can Be Champions Of Change 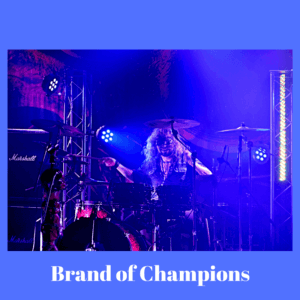 Brands have an opportunity to make a significant impact on the world, politics, law, family values, culture, and much more. In our new column, Brand Of Champions we will discussion brands that are doing something positive to help champion change in the world.

Lyft Gets People Marching Against Violence

The shooting in a Florida high school has become a serious wake up call for many across the United States, and here in Canada last month. On March 24th March For Our Lives will be held in Washington DC in support of the shooting and to their credit ride sharing service Lyft will be offering people free rides to the rally.


We're so excited to see @lyft's support of #MarchForOurLives! Thanks for marching with us 👊 pic.twitter.com/2B2P8OVTaj

Retailer Dick’s has also been receiving a lot of praise for their decision to stop selling assault-style weapons, or what is commonly referred as “modern sporting rifles,” to individuals younger than 21.

We at DICK'S Sporting Goods are deeply disturbed and saddened by the tragic events in Parkland. Our thoughts and prayers are with all of the victims and their loved ones. https://t.co/J4OcB6XJnu pic.twitter.com/WmT50BO7mx

Walmart Shows Retailers Can Be A Force For Good

Walmart also changed their policy and will no longer sell guns to people under 21.

Building on our 2015 decision to not sell modern sporting rifles, we announced important changes today:

Not only have hundreds of consumers turned to Twitter (and other social media platforms) to praise the retailers, but a number of celebrities also weighed in congratulating the brand on doing the “right thing.”

While brands may have a moment where they go through a crisis, it is great to see a brand do something game changing and become a Brand of Champions.