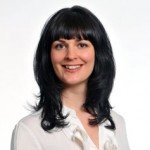 COPIA Group, a communication and lifestyle agency founded in Dubai has announced to PR In Canada they are opening up an office in Toronto, Canada. This marks the agency’s first North American expansion, and COPIA Group has appointed Sherry Boisvert to run the Canadian operations. In the new role Sherry will work closely with Dubai partners Rania El Sadek and fellow Torontonian Katherine Raso.

Prior to the move Sherry was Narrative PR; and NATIONAL Public Relations before that.