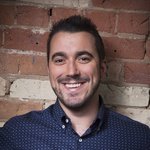 Live sports streaming service DAZN has appointed Paulo Senra as Head of PR in Canada. The hiring will help DAZN solidify its brand in what has been the company’s first market in North America.

In his role, Paulo will be tasked with helping to establish DAZN as a leading sports provider in the Canadian market. He will work closely with the DAZN marketing and public relations teams across the globe as the company adds new content, develops the product and continues to grow its presence. Paulo will be based out of Toronto in a team headed up by Marketing Director Nick Fowden.

Prior to the move, Paulo Senra was Director of Communications at the Canadian Football League (CFL).  He has also previously worked for the Canadian Olympic Committee as well as holding several positions in political communications.

Who Has Been Hired At Ferguslea Properties, ISED, Metrolinx