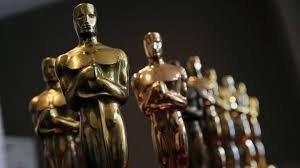 When New York-based Kwittken (Marketplace Listing) was looking to expand into Canada they turned to Betsy Cooper and appointed her the Managing Director for Toronto.  It is a decision that has paid off in gold again and again.  Over the last few weeks the agency has picked up some new hardware winning several awards for their client campaigns.

Kwittken won two ACE Awards, a GOLD for New Product or Service Launch Campaign of the Year, and a BRONZE for Marketing Communications Campaign of the Year, both for its work on the launch of Sleeman Breweries’ new Railside Session Ale. The brand challenged Kwittken to engage a younger, more urban target and expand its visibility across the country.

They did not stop there, the agency has also been shortlisted for its work with Sleeman in the Canadian Campaign of The Year  category at the Holmes Report’s North American SABRE Awards and will be recognized with an Award of Excellence at the IABC Ovation Awards May 30th.

Kwittken – is one of the fastest growing, modern communications agencies in the world, with offices in…
Client Loyalty Score (83%)
Media Relations Score (77%)

Kwittken Gets Cozy With Leesa Sleep As New Agency Of Record