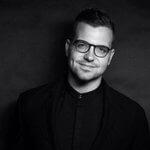 Montreal-based NATA PR (Vendor Profile) has announced the appointment of David Tremblay as the communication agency’s first partner since its inception. David first joined the agency in March 2015 as an Account Manager, then promoted to Account Director in March 2016. Prior to NATA, David was with Cosbec as a Program Manager – Marketing & Communications.

Announcement: Let PR In Canada recommend your next great hire!