Back in December we announced the opening of our first annual Women In Communications & Marketing Awards.  Over the last two months we have received a number of great submissions, we are now extended the call for nominations for one week. You have five more days to submit an entry for the awards.  There are  over (10) award categories to choose from, and self-nominations are welcome. 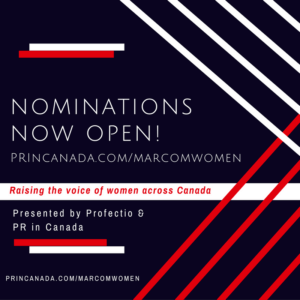