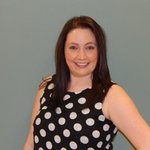 As retailer Sears Canada continues its make efforts to regain its market share across the country Sears Canada recently promoted Jennifer Hills to the role of Divisional Vice President Public Relations & Communications.  In the role Jennifer will responsible for the development of strategy to promote, enhance, and protect the brand’s reputation. This includes the development, integration, and implementation of a broad range of marketing and public relations activities relative to the strategic direction and positioning of the organization.

We broke the news when Sears promoted Jennifer to the role of Director Of Communications back in February 2015.  Since joining the the organization Jennifer has been a great asset to the brand both internally and externally, some of you might recall back in early 2015 as then competitor Target Canada announced it was shutting down operations in Canada.  Sears Canada took the initiative to reach out to Target employees letting them know about potential career opportunities with Sears.  Recruiting events were also organized to leverage the opportunity, and guess who came up with the idea that turned into winning action for Sears Canada.

Before her time at Sears, Jennifer has been with organizations such as Home Depot Canada, Canadian Tire and Environics Communications.

Announcement: Let PR In Canada recommend your next great hire!