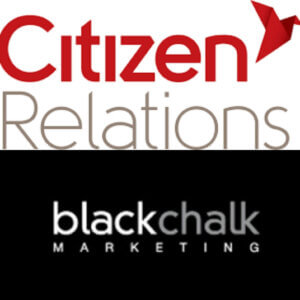 As they continue to be a forward-thinking communications agency, Citizen Relations has just announced it has acquired Toronto-based Black Chalk Marketing, a boutique experiential firm.  Black Chalk Marketing’s Founder, Kevin Wagman will join Citizen as Managing Director, Experiential leading the programs and functions across North America. Black Chalk’s employees are now operating as Citizens, and have joined the rest of the experiential team in its Toronto office. The U.S. experiential team will become part of the North American offering and is led by Rachael George who recently joined the firm in New York.

Update: Black Chalk Marketing was acquired for an undisclosed sum.

On The Move: Office of the Minister of Environment, Eastern Health, York Region

Agnostic Rings In The New Year With Two AOR Wins