How Can Companies Stand Out in 2017? Sell the Experience.

Guest Post by Jacob Whitish. Jacob is a Marketing Consultant with Summit Media, LLC. You can connect with Jacob on LinkedIn or Twitter.

Marketing used to be an amalgamation of sales, advertising, branding, and customer service, but it has become so much more. Millennials (and to a lesser extent Boomers) have become the star-clientele for most businesses and are becoming inundated with rewards, loyalty programs, free meal delivery coupons, and apps out the wazoo. How can a business be heard through the noise? And if they do get heard, will anyone really care? Let’s be honest here- probably not. Nearly every business that I know of is failing at actually standing out. Somehow, maintaining the status quo has become the goal rather than the baseline (See: Apple). 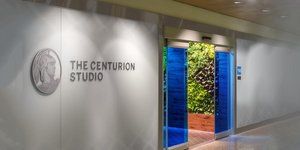 Despite millennials today have more buying power than ever, they are also simultaneously more cash-strapped than ever. Once bills and student loans are paid, the disposable income left over is carefully guarded and spent on only the most important things. For some those things might be new shoes, a fancy car, or a condo downtown. But for the overwhelming majority of the demographic, things aren’t what they seek. They seek an experience. Millennials understand that filling their apartments with more stuff is just more stuff to move around the next time their lease expires. What this has created is a demand for businesses that can rise above the norm and create and experience for their customers. Experiences don’t have to mean travel or leaving town. Any business can create an experience with their products or shopping environment and leave the customer with a memory that will stay with them long after they leave the store.

Luxury brands have long known the power of creating an experience to foster brand loyalty and return customers. Take the high-end Nordstrom department stores for example. Headquartered in Seattle, WA, once a year Nordstrom stores host an exclusive sale only for their best customers. I don’t mean they give you a 20% discount once a year like most stores do on their anniversary, we’re talking all out production that customers wait all year to attend and hope to make the list. Think: Champagne waiting for you just inside the door, name brand items set to be released later that fall waiting for you to try on 6 months early, pre-scheduled shopping times just for you to peruse items away from the commoners on the normal display floor, 40-50-60%+ off deals, and 10x points on purchases made. You walk into one of these events and you feel like royalty, if only once a year.

Have you been in an American Express Lounge lately? They also know how to do it right. If you aren’t a Platinum or Centurion card holder you probably haven’t been in one yet. The moment you walk in the door, you know you have arrived. A host is ready and waiting to take your belongings and deliver them to the seat of your choice who then takes your drink order and hurries off to make said refreshment appear before you even have time to seat yourself. American Express also curates a select set of private events each year in it’s top cities to further cement the brand in it’s customer’s minds as the go-to brand for everything they need, from travel to events.

Both of those brands knew that creating an experience and delivering higher engagement was the key to increasing purchases. In a world that is becoming louder and louder, perhaps the best way to stand out was not by shouting- but by whispering to just a select group and allowing those customers amplify their message on their behalf. Other non-luxury brands are starting to catch on. A brand that nailed this concept: Pirch. If you are in the NYC area, swing by their flagship store in SoHo and learn to play again. Pirch sells homewares like plumbing fixtures and appliances, but unlike stuffy hardware or department stores Pirch has transformed their entire store into a playground for their customers to try out anything and everything they sell. No more does a customer wonder how loud an appliance is or how a thing works before taking it home. Throw some stuff in that dishwasher and give it a spin. Too loud? NBD. Try again with another one. They encourage customers to play with things and get hands on before making any purchase decisions. Think it’s silly? Is $3,000 per square foot of retail space silly?

Other brands have started catching on too. Lululemon Athletica has started offering yoga classes in it’s stores, Cabella’s has started installing indoor archery ranges, and REI outfitters installs miniature hiking trails in some stores for customers to give new shoes a try before buying. How far can this experience thing go? PetSmart is introducing a new ‘pet spa’ where both humans and their furry friends can relax and be pampered, the home furnishings store William-Sonoma is building a hotel chain to start bonding with customers, and Urban Outfitters bought a pizza chain to begin installing restaurants in it’s stores.

According to a Rubicon Project study, respondents plan to spend more than $400 this year on experiential categories such as travel, events, sports, and shows this year compared to only around $200 on things like clothing. If you want to be in the minds of consumers in today’s market, it’s clear that brands need to get with the program and be more than just a store to survive. They will need to evolve to put consumer values above the sales message and start acting like luxury brands: be a brand, be an experience, be a memory. Then they can be a store.

Who Has Been Hired At: American Express, Hype PR, Zeno Group