Sobeys Gets Into The Spirit With #StarofChristmas 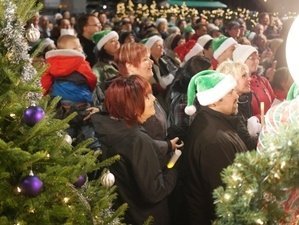 As the Christmas Season quickly approaches Canadian often become very nostalgia as they look at Christmas past recalling all the good memories growing up. To help answer the call grocery chain Sobeys recently launched its latest campaign called Star of Christmas, this is a remake from the brand’s iconic ad first introduced in 1987, the spot became the soundtrack of the holidays for all ages of people living in the Atlantic region and beyond. The original spot had an impressive lifespan of 17 years and this year the company rolled out a refreshed version with new imagery, a more robust soundtrack but with the original score and lyrics. The response has been nothing short of impressive, with the video trending #19 in Canada and being shared widely among Atlantic Canadian expats and locals (one instance of the video on Facebook has over 160,000 views).