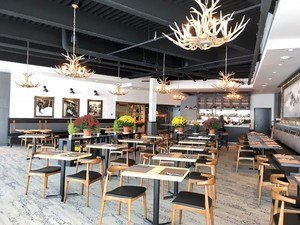 Brookline Public Relations (Marketplace listing) recently completed a campaign for Brewster Travel Canada which included the grand opening of the Banff Gondola upper terminal building after its recent $26 million redevelopment. The upper terminal opened to the public this fall providing visitors with a mountaintop experience like never before and features the addition of a state-of-the-art family-friendly interpretive centre; the Above Banff Theatre – showcasing a multisensory presentation; new culinary offerings; and an expanded rooftop observation deck providing unparalleled views of the Banff town site, the Bow Valley and the surrounding Rocky Mountains.

As part of the campaign, Brookline implemented a media and blogger relations campaign to officially introduce the new upper terminal. Media and bloggers ventured up Sulphur Mountain on the gondola and were able to explore the interpretive centre, enjoy the multi-sensory presentation at the theatre and take in the mountaintop views from the rooftop observation deck. The grand opening received coverage from all major local news outlets and numerous influential bloggers, and garnered nearly six million impressions overall, while generating an impressive amount of buzz over social media platforms.