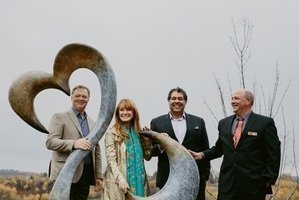 Brookline Public Relations (Marketplace listing) was called upon to help support WestCreek Developments in bringing public art to the suburban community of Legacy in Calgary. As part of the project a fine art sculpture was installed in Legacy, entitled ‘Open Hearts Icon’ and designed by Jane Seymour, the renowned actress, artist and activist. Brookline executed a comprehensive media relations campaign anchored by a public unveiling event, which included appearances from Jane Seymour and Calgary Mayor Naheed Nenshi, as well as a variety of community-centric activities for guests to enjoy. Outreach was made by Brookline to traditional and new media channels, generating discussion about the importance of public art in suburban spaces and what the added element of culture in southeast Calgary meant for the city as a whole. 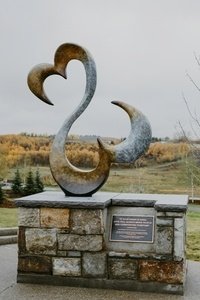 Upon its official unveiling to the community, the ‘Open Hearts Icon’ sculpture became one of Calgary’s largest-scale pieces of public art in a suburban setting, bringing an added element of culture to the city outside of the downtown core. The campaign received coverage from all major print and broadcast outlets in Calgary, as well as from a number of trade, lifestyle and blog platforms, garnering over 70 media stories overall. Brookline also advised on social media and influencer engagement strategies for the campaign.

I’m Leanna Kruk, And This Is How I Get It DONE