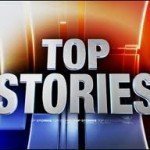 The industry did not slow down during the month of September, some agencies grew their business, others stumbled, and many brands descended upon Toronto to take advantage of the second largest film festival in the world – TIFF.  Many of you have wondered where this guy is off to next after his sudden departure from NATIONAL Public Relations, we have the inside scoop on that and will sharing the news very soon!  Here are the most popular stories that you read on PR In Canada during the month of September 2016.