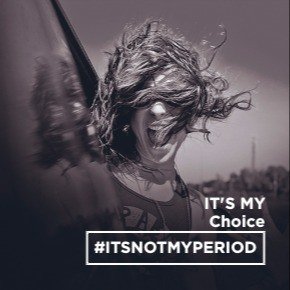 U by Kotex Canada recently rolled out its latest campaign called #itsnotmyperiod, with the goal to challenge the myth that women feel and behave a certain way because of their periods, not because of who they are. Periods remain a source of stigma, shame and embarrassment for girls and women around the world – at worst, discrediting women for who they are.

Leslie Mackay, Director of Brand Marketing, Sales Strategy & Shopper Marketing at Kimberly-Clark added, “Changing the conversations around periods is essential because they are a natural, healthy part of being a woman and it’s time we start treating them that way.”

In an effort to champion women’s progress and re-direct the conversation, the brand released an online video (see below) of a social experiment that challenges the perception of women on their periods.

Marketplace Advertisement: “Edo Japan has engaged Brookline during the past five years and has been delighted with both the quality of their professional talent as well as their shared passion for our business! – THOMAS F. DONALDSON, President & CEO, Edo Japan


A second video (see below) was released to further emphasize the message that no woman’s emotions, attitude or opinion should ever be discredited as that “time of the month.”  The campaign asks consumers to declare what really defines them by making a statement on ubykotex.com/en-ca and sharing online using #itsnotmyperiod.

All work has been developed together with Kimberly-Clark’s global agencies of record, Ogilvy & Mather and Mindshare. Veritas Communications is handling the public relations program. The videos are supported on the brand’s social and web properties as well as through digital advertisements.