Why Do Executives Need Media Training?

Guest Post by Lindsay Williams. Lindsay is Managing Director at Media Coach International.  You can connect with Lindsay on LinkedIn or Twitter.

In the last few days there has been a sad reminder of why execs need to be media trained on a fairly regular basis. Facing tough questioning and a reminder of the possible consequences of loose talk in a short training session, will ensure they don’t say something stupid that damages the brand and themselves when faced with a mischievous journalist.

Sadly, I doubt Kevin Roberts, executive chairman of Saatchi and Saatchi has been recently trained.

I had the privilege of making a documentary on Roberts for Bloomberg Television many years ago and of all the programmes I did, this was the one I enjoyed most. Roberts was an extremely interesting man and I am personally upset to see a thoughtless interview cause him so much trouble.

Roberts decided to be outspoken and provocative in an interview with the American online business magazine, Business Insider. You can read the article here. In it, Roberts claims there is no longer any issue around the equality of women in the advertising industry, unlike in financial services and elsewhere.

It is the case that roughly half of the people working in the industry are women. However, while they are well represented, they tend not to hold the top jobs. The CEOs of all six major advertising agencies are men. Also, there have recently been allegations of sexism at the top of another agency, J Walter Thompson.

When this was put to Roberts he gave some highly quotable comments about women choosing not to go for the top jobs because they were happy where they were.

Criticising others is bound to get you quoted

He did not stop at explaining his view that women had ‘arrived’ but were choosing not to take managerial roles. He went on to personally criticize a well-known campaigner from the industry, Cindy Gallop, saying she had ‘problems’ and was ‘making up a lot of the stuff’ thereby ensuring that Gallop and her supporters would hit back. Here is a report from The Drum about the response to the Business Insider story. 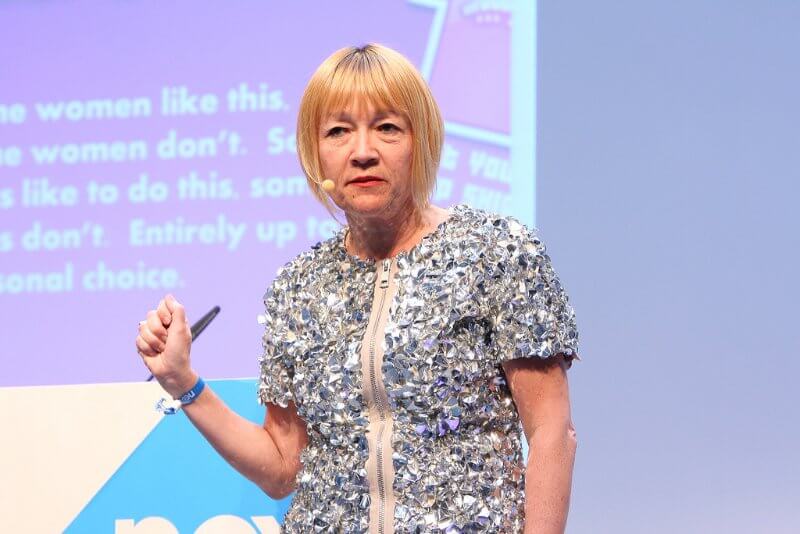 Roberts was immediately suspended from his job. He may be the executive chairman of Saatchi and Saatchi but the agency is owned by the French giant Publicis, and the board moved swiftly to distance itself from Roberts and his comments.

For the record, Saatchi and Saatchi employ 65% women and recently promoted a women, Kate Stanners, to Global Chief Creative Officer. Stanners appeared on BBC Radio 4’s Today programme on Monday, to contradict her boss and explain that women in advertising were just as ambitious as the men.

Interviews can get hijacked

Who knows why Roberts decided to sound-off about this particularly delicate subject. From a media trainer’s point of view, reading the write up of the interview, it is clear there was little preparation on this point and no caution or careful messaging. In my experience diversity — race and gender issues — are amongst the most difficult to talk about publicly because so much can be open to misinterpretation or quoting out of context. It is not clear from the story, but I doubt this issue was the stated focus of the interview. I suspect it was a planned hijack by the journalist Lara O’Reilly. She seemed to have gone in with her facts and numbers to hand. From a journalistic point of view, she did a great job and got a real scoop, as well as a scalp. Kevin Roberts seems unlikely to keep his job.

Five Steps To Mastering Your Next Media Interview