Is Social Media Currency The Ultimate “BrandAid”? (The value of 10,000 Tweets)

Guest Post by Paul Gassett. Paul is Principal and Director of Strategic Marketing at Yank and Limey.   You can connect with Mike on LinkedIn.

Ever since most of us can remember, it’s been the popular kids who have been elected to the position of high school class president, or voted into positions on the student council. In the old world, popularity was equated with success. It was the “social currency” of the day. 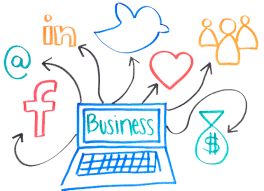 Enter social media. It’s powerful. Persuasive. Passionate. And – like the STUCO elections – in the world of business and branding, it’s rooted in popularity.

So does that make social media the new “social currency” of the modern age?

As far as brands go, it may very well be. You see, the more popular a brand is on social media, the more that brand may be worth. According to a recent article by Joe Martin at Adobe, Under Armour invested in the UCLA football program – and its 184,000 Twitter and Facebook followers – an estimated $280 million over 15 years. That’s a premium of $90 per Twitter follower. #EdInsights

Those tens of thousands of social media fans most certainly are driving up the price of sponsoring the UCLA football brand, allowing the brand to command a premium in the marketplace.

In the past, a brand’s value was based on a number of factors, including:

That allowed an acquiring company to value the company it was purchasing not only on its hard assets like factories, equipment, real estate, IP, or a trained workforce, but also its predicted future income from brand loyalists. Those loyal to that brand – its best customers – guaranteed the buyers a treasure-trove of future value in the form ofpredictable cash flow.

That, in turn, allowed a company to more accurately quantify what they should be paying for a particular acquisition. Now, that brand value certainly had a lot to do with popularity, but that sort of popularity brought with it the tangible asset of revenue. That’s because those who loved a brand were typically its patrons and they voted with their wallets.

With the advent of social media as an “asset” of a brand, a different form of popularity tosses a whole new element into the brand valuation mix. Now, those who influence the value of a brand are not just voting with their wallets. They are also voting with their smart phones, tablets and computers using the “social currency” of likes, reviews, and shares.

As referenced by Martin, Nike is getting somewhat of a deal paying just $0.67 for access to each of LeBron James’ 45 million Facebook and Twitter followers when compared with a $6.50 price point to reach each of the 1.7 million followers of the University of Michigan’s football team.

So in this case, more is better. It commands a better value for sponsors and should command a higher valuation for a brand.

Brand equity now appears to be under the influence of a “social media premium” in addition to the traditional measuring sticks of consumer awareness, customer preference, loyalty, repeat purchases and of course predictable cash flow from that loyal customer base.

So it begs the question, “What’s your social currency worth?”

Which Canadian Agencies Grew The Most During 2021?