vitaminwater Gives Canadians A Taste Of The Sunshine 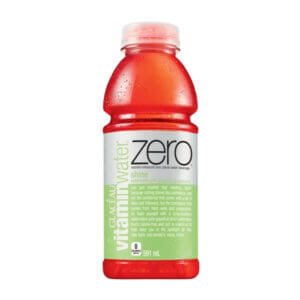 Glacèau vitaminwater is gearing up for the longest day of the year and wants to help fill Canadians with some sunshine.  The beverage company has launched a new flavour in Canada, shine (also available in zero-calorie shine zero), a combination of natural watermelon and pink grapefruit flavours and an excellent source of vitamin d. and to kick off the summer right. vitaminwater partnered with UberEATS to bring the taste to residents of Toronto to a sample of their newest summer beverage during lunch earlier this week.

In addition to launching a new flavour, vitaminwater is continuing to build up its think+drink+do campaign, now in its second year. The brand is celebrating the entrepreneurial spirit by working with local artists to motivate the everyday hustle of millennials on the move.

Four local visual artists collaborated on motivational posters that appear in outdoor ads in Vancouver, Calgary, Toronto and Montreal, including transit ads and an innovative twist on the standard wild posting – the art pieces are available as tear away posters for those inspired to take them home. the artists and their works will also be featured on vitaminwater canada’s instagram.  the brand also teamed up with musician and YouTube star, Andrew Huang, who developed an original rap inspired by the newest vitaminwater flavour, shine.

Vitaminwater will also bring its 24/7 hydration station to hydrate all the wayhomies inside and out at the wayhome music and arts festival, with a sampling activation designed to fuel the fun over the three-day festival, July 22-24.