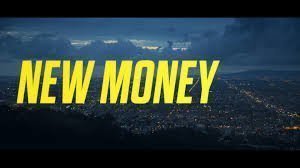 With Super Bowl 50 only days away PayPal has rolled out a brand new campaign including  a 45-second commercial (video below) that will air during the first quarter of Super Bowl 50. For PayPal, this will mark the first time the global digital commerce company has advertised during television’s most-watched event.

The ad brings the “New Money” transformation to life through a high-energy, stylized feel that puts a focus on inclusivity and all the ways PayPal can make people’s lives better when it comes to their money. The spot’s soundtrack features Demi Lovato’s hit song “Confident.”

The commercial was created by PayPal’s global agency of record CP+B LA.

The “New Money” will be supported across a national paid media plan including TV, OOH and digital as well as social, PR and experiential activations and will extend throughout PayPal’s global markets throughout 2016.