It Began With CHCH, Expect More TV Networks To Shutdown

According to a study commissioned by the Canadian Radio-television and Telecommunications Commission (CRTC),  Canadians can expect that close to half of the country’s local television stations could be shutdown by 2020. We have already seen at least a 28 percent define in revenues since 2010. The independent stations are being hit the hardest I’m these changing times.   We wrote about CHCH being shutdown temporarily due to bankruptcy last month, as a result they had to alter their programming to reopen the station.

There is a storm coming Canada 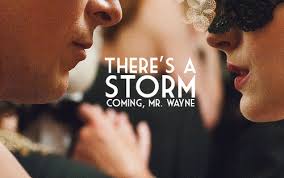 The large telecoms such as Bell, Rogers, Shaw and TELUS also play a significant role as they have forced consumers to pay for bundled TV packages which just frustrates the consumer to look for alternatives choices for video content.

As of March 1, cable and satellite television service providers will be required to offer customers a small basic service, this will be capped at $25 a month. Consumers will then be an to purchase individual channels, along with any bundles of TV channels they have on offer.  This will naturally created some savings for consumers while it could result in savings for some consumers, the move will also reduce revenues that would otherwise go toward Canadian programming, said the report.

If what is said in the report does come true, up to 1,000 jobs could be lost which will not only hurt the media industry but also have an impact on public relations as they rely upon media coverage.

Canada’s broadcasters spent roughly $4.1 billion in 2012-13 to produce television programming with approximately $1.3 billion of that coming from government-backed subsidies of one form or another, according to the study, which cites figures released by the CRTC during its recent Let’s Talk TV hearings.

Bell: Er, I Miss The Beavers