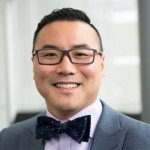 Late Friday afternoon, Elliott Chun announced via email that after nearly 7 years, he is leaving Best Buy Canada.   Elliott Chun has been hired by ASTOUND Group as their Director of Marketing and Communications.  In the new role Elliott will lead Astond’s marketing and communications, including traditional and digital marketing, public relations and social media.

Before the move Elliott was with Best Buy Canada as their Communications Manager where he was responsible for media relations, as well as external, crisis and marketing communications, supporting company initiatives.  He had originally joined Future Shop as their Communications Manager where he led all national external communications efforts for the national retailer.  Best Buy folded the Future Shop brand in mid-2015.  Prior to that he was Account Manager Citizen Relations (formerly Optimum Public Relations of Cossette), and a Senior Account Executive Weber Shandwick.

The Great One, Samsung And Best Buy Team Up For Minor Hockey, But Will It Help?