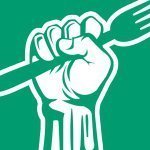 After their appearance on CBC’s Dragons’ Den, Toronto-based Hangry has launched a proactive marketing campaign to generate some brand awareness. Hangry allows students on university and college campuses to find, order and pay for food using their mobile phones. The service launched at University of Toronto in October and is already confirmed to launch at five additional schools in January.

As part of the campaign, Hangry has engaged Craft Public Relations to support with the public relations strategy and execution.

[mc4wp_form id=”13930″]
Your organization needs the best talent, let The Connected One help you!

I Am Priya Chopra And This Is My Origin Story

Most Viewed Profiles, And Stories About Them During September 2019 (The Connected One)

Most Visited Profiles For November 2018 [The Connected One]