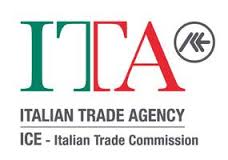 Zenergy Communications was named Agency of Record (AOR) by the Italian Trade Commission (ITC) for the creative development and execution of its Tasting Of Wines from Italy event series. The agency won the account after a competitive RFP process with four other agencies.

In the new assignment, Zenergy has been entrusted with developing the event identity and execution strategy promoting Italian wine producers across Canada. The goal of this campaign is to showcase Italy’s wine producers and vintages to Canadian distributors, restaurateurs, and the media. The 2015 edition of the event marks the 20th year that ITC has been hosting this event in Montreal and Toronto and the new branding will leverage this milestone. The A Tasting of Wines from Italy campaign will be held from October 27th to November 4th in Vancouver, Calgary, Toronto, and Montreal.