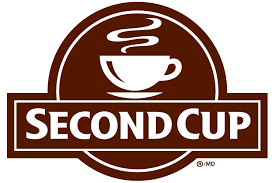 They put their full force behind the recent re-branding effort which included the roll out of a new high-end format stores, but it appears it was not enough for Second Cup.  The retailer reported its second quarter results yesterday with a net loss of $72,416 (or $.01 per share), and system-wide same store sales declined 3.2%.  The brand does plan to continue moving forward with it’s new stores.  Second Cup had closed 20 locations in the past year which brings its total store count to 337 as of the end of June.

No surprised that stiff competition from Starbucks and Tim Hortons have made an impact on Second Cup’s results, cut Second Cup’s CEO does see a positive light at the end of the tunnel:

“We made significant progress in Second Cup’s transformation in the second quarter with continued strong performance of our café of the future, successful launch of our Rewards program and introduction of our premium quality cold frappés,” says Ms. Alix Box, President and CEO, The Second Cup Ltd.  “As previously communicated, we have accelerated take backs of sub-standard cafés and our plan is to improve and modernize these cafés and re-franchise to inspired owner operators.  While the larger number of company owned cafés has and will continue to negatively impact short-term profitability, we expect significantly improved income as we return to our asset light business model.  Year to date sales of our pilot store of the future have grown 43%, which gives us great confidence as we accelerate our new store and renovation plans.  I am pleased with our progress, but much work remains ahead.  Our focus is on building profitable growth in same store sales through quality, innovation and operational excellence.”

The brand does have a longer plan in the works, three years to be exact as they continue to innovate and offer new products like their new Iced Red Eye, and back in April they launched a new reward program and mobile app.