Social media solution provider Buffer took time to dig through over 4.8 million-tweets and has now provided what they feel are the best times to send a tweet.

No big surprised here, the lunch hour should be a logical time when people have a moment to check up on any tweets they might have missed.  The data also revealed that the fewest tweets are sent between 3:00 and 4:00 am. 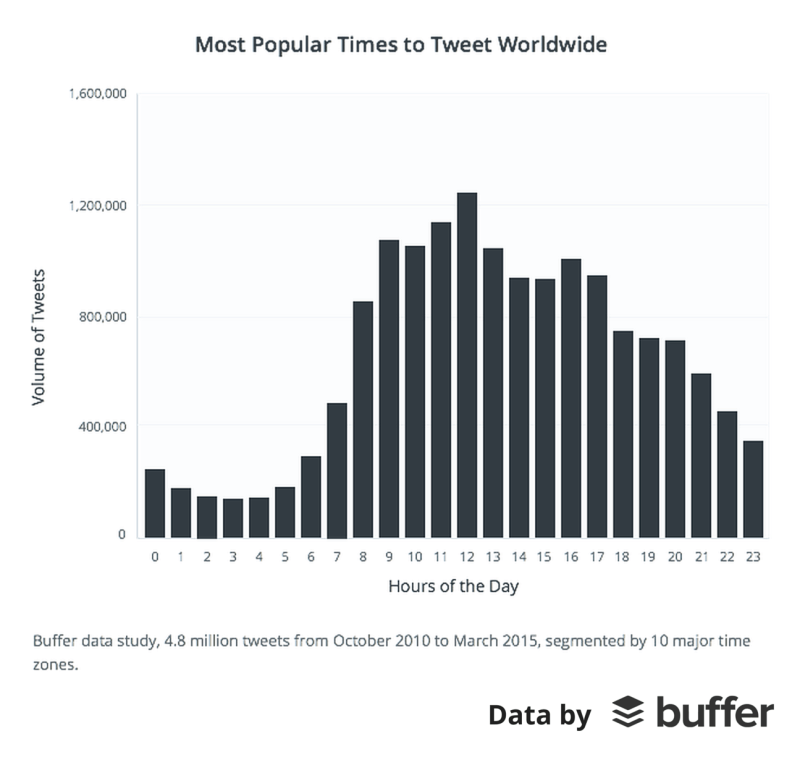