As They Celebrate 40 Years, TIFF Turns To NKPR For Milestone Moment 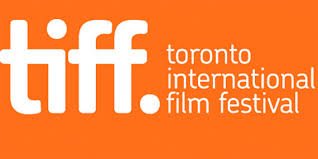 Can you believe it, the Toronto International Film Festival will be celebrating its 40th year come September, and they have enlisted NKPR to help celebrate the milestone.   NKPR’s IT Lounge will work as official strategic partners in a coming together of the decades to create an exclusive anniversary Festival experience.
Through this partnership, NKPR’s IT Lounge will be located inside Festival headquarters at TIFF Bell Lightbox from September 10th to September 20th, 2015.

“Every September, our city comes alive for the Festival, and both TIFF and NKPR have been committed to celebrating film, talent and culture, locally and around the world,” says Howard Kerbel, Vice President of Sponsorship, New Business and Brand at Toronto International Film Festival. “This strategic partnership will help create even more meaningful moments for Festival guests in 2015.”

I Am Priya Chopra And This Is My Origin Story