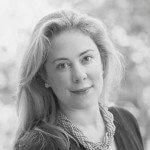 Lindsay Peterson-Chisholm has been appointed Vice President at Cohn & Wolfe in the public relation agency’s Toronto office. Lindsay had first come to work with the agency on a contract last October in the role of Group Director. Over her 10+ years in the public relations industry she was also General Manger, Toronto at energi PR, and started her career off as an Account Manager at Optimum Public Relations (now Citizen Relations).
Update: In the new role, Lindsay will work closely with Jennifer Meehan, SVP at Cohn & Wolfe, and build out the firm’s consumer practice.