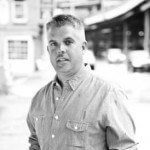 High Road announced this week further expansion into the United States as the communications company has opened an office in New York.  The new office will be headed up by Sean Stevenson as the new General Manager of High Road New York.  Prior to joining Sean was Senior Vice President at Edelman.  Before that he Founded his own company called Zero to Sixty, which helped brands develop entertainment/ lifestyle partnerships around social media programs to drive sales while increasing knowledge of their core consumer for a wide range of CPG, durable goods and entertainment brands.

This is the agency’s fifth office which already includes Toronto, Montreal, Vancouver, Los Angeles and Ottawa.