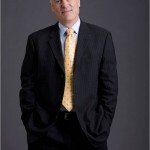 RES PUBLICA has just been announced that Rick Murray, a veteran innovator and respected leader in the public relations industry has been appointed as the Managing Partner of the Toronto office of NATIONAL Public Relations, as well as chief digital strategist for the firm. RES PUBLICA is the parent company of NATIONAL Public Relations.  In the new role, Rick will be responsible for growing the office’s volume of business and expanding the service offering. As chief digital strategist, he has been tasked with developing and implementing a firm-wide social/digital strategy to offer an integrated approach to client service and consulting in all markets. In this role, Rick will be responsible for Sonic Boom, NATIONAL’s digital marketing subsidiary. He will work closely with Norm Melamed, Managing Director of Sonic Boom, who has responsibility for all operations.

Prior to joining, Rich was with Edelman from 2001 to 2014, he was most recently president of the Midwest Region. In 2004, Rick launched Edelman’s social media business. As president of Edelman Digital, Rick substantially grew the firm’s digital and social media revenue. In 2010, Rick was appointed to manage Edelman’s flagship office in Chicago, where he led 625 staff members to record fees and client satisfaction scores. Prior to Edelman, Rick was executive vice-president and general manager at Golin Harris, a multinational communications firm owned by Interpublic Group. He also held senior executive positions at firms specializing in events production, loyalty programs and consumer promotions.

Rick Murray will officially start at NATIONAL on December 3.  John Crean, who was interim managing partner of NATIONAL’s Toronto office since the beginning of the year, will turn his full attention to his duties as National Managing Partner.