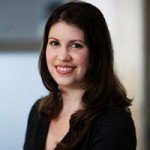 Hill+Knowlton Strategies Canada (H+K) has just announced the return of Sarah Brandon to the public relations agency in their Toronto office. Sarah has been appointed Vice-President, National Corporate Development, effective immediately. Sarah previously worked at H+K in both Canada and the United Kingdom.

Prior to her return, Sarah was Vice President, Consumer Marketing at Edelman Canada and Senior Account Director, Marketing Communications at Hill & Knowlton UK.

Sarah originally joined H+K Toronto in 2000 where she spent six years with the marketing communications team. She then spent three years in H+K’s London, England, office leading consumer files that spanned from CPG to consumer health to automotive.