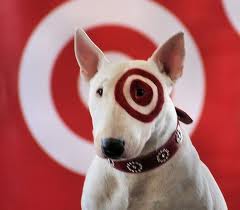 It is no secret that US-based retailer Target has an image problem, last year the company suffered a data breach by a hacker which resulted in 110 million bank card numbers being stolen. As a result of this blunder Chief information Officer, Beth Jacob had stepped down from the post as well CEO, Gregg Steinhafel also resigned which caused the stock and consumer confidence to plummet.  Back in May the Target board hired Brian Cornell, an Ex-PepsiCo to the top post, replacing Interim CEO John Mulligan, but Brian did not start until yesterday, August 12th.  Here in Canada they had fired Tony Fisher, and appointed Mark Schindele as the new President of Target Canada, Mark had played a key role in launching new store formats like Target Express and CityTarget in the U.S.

This morning the company issued a press release, “Target Canada Outlines Key Initiatives to Improve Guest Experience” which outlines a number of steps the giant retailer plans to take over the next few months including:

Target Canada today announced several initiatives to improve business performance and better deliver the Target brand experience to Canadian guests from coast to coast. The initiatives come on the heels of some leadership changes last spring and a comprehensive review of its Canadian operations.

Among the announcements, Target unveiled a number of merchandise initiatives, including a long-term partnership with celebrity designer Sarah Richardson, set to launch next year.

“We’ve been listening to our guests and taking a hard look at where we need to improve,” said Mark Schindele, president, Target Canada. “We’ve uncovered the root cause of some of our challenges and are focused on three main areas: improving in-stocks, sharpening our pricing strategy and enhancing our merchandise assortment.”

Target was the first major retailer to expand into Canada in quite a while and there was tremendous amount pressure on them to succeed and may criticized the company based on a number of factors such as hiring too fast.  With the firing of Fisher there were some obvious problems, but can this new campaign bring Target Canada back into the good graces of analysts, consumers and stockholders?  Their next quarterly earning report comes out on August 20th, but that will be too soon to tell the greater impact of the new changes.