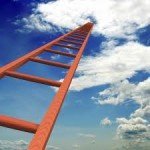 Here are a few new moves and promotions within the Communications & Public Relations  industry for January 31, 2014…

Get PR In Canada Breaking News In Your Inbox