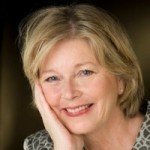 Environics Communications recently announced the appointment of Lyn Whitham to the position of Vice President in the Corporate & Financial practice at the agency’s Toronto office.

Prior to joining Environics, Lyn worked in a number of senior leadership positions at companies such as Zurich Canada and Foresters, where she gained valuable financial communications, marketing, internal communications and branding experience. She also held senior communications and marketing positions at United Way Toronto and Mt. Sinai Hospital. Most recently, Lyn was VP Communication and Stakeholder Relations at Grand Challenges Canada, a start-up global health organization.
Lyn spent the first decade of her career as a broadcast journalist at CBC, holding positions such as Queen’s Park Bureau Chief, parliamentary reporter, documentary journalist, anchor and producer, working on flagship news programs such as The National. While a journalist, she was part of a team that won a Governor General’s Michener Award for public service journalism and was a Gemini Award nominee.