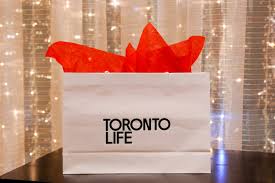 Every year Toronto Life magazine takes time to rank the 50 more influential Torontonians  who have helped to shape public opinion or as David Hamilton, Publisher of Toronto Life said “This year’s celebration was a smashing success, gathering some of the most impactful individuals in Toronto in one room.”  As part of the unveiling, Toronto Life held a party on Thursday, November 7th, 2013 where honourees, media and other guests attended to celebrate.

The December 2013 issue of Toronto Life has the timeliest cover of any magazine in recent memory: it features a provocative illustration of Toronto Mayor Rob Ford with Toronto Police Chief Bill Blair by the renowned artist Rodney Pike, whose portrayals of the Rolling Stones, U.S. President Barack Obama and other celebrities have become collectors’ items. December’sToronto Life hits newsstands on November 14, 2013. It features detailed profiles of the following influencers:

Learn And Network At These Upcoming Events

Start 2020 Off Strong By Attending These Great Events