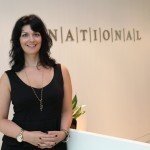 Adding more depth to their technology practice, NATIONAL Public Relations has announced the appointment of Sherry Boisvert as Vice-President of the Technology Communications Practice.  Sherry will work together with Sarah Coombs, Partner and practice leader of NATIONAL’s Toronto Technology Practice to further expand the Firm’s Technology offering.