Hill+Knowlton Strategies has announced that Boyd Neil will be stepping down from his position with the company where he helped to lead their digital and social media efforts and will be replaced by Joseph Peters.  Boyd was in the role for the last three years and has seen a number of changes especially in the social media space. 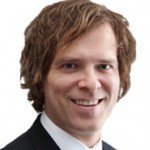 Effective immediately, Joe has been promoted to Senior Vice-President and National Practice Leader for social, digital and public engagement at H+K.

A longtime “H+Ker,” Boyd helped create the firm’s digital and social media practice and is credited with building a team that has grown a substantial and impressive client roster. He will continue to be an active part of the practice as a Senior Vice-President and Senior Digital Strategist, offering clients forward-thinking social and digital strategies to address their toughest business challenges.

In 2003, Joe Co-Founded Ascentum, which grew into one of Canada’s leading public engagement firms. Hill+Knowlton acquired Ascentum in August 2012.

Boyd will continue to be an active part of the practice as a Senior Vice-President and Senior Digital Strategist.