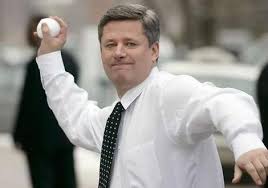 Canadians are using the power of “free speech” as thousands have turned to Twitter to express their anger towards the shortcomings of Prime Minster Stephen Harper and want him to resign.  Using the hashtag #PMHarperMustResign for shortcomings of the government, including the ruling Conservative Party’s election fraud, abuse of aboriginal peoples, and senate expense scandals.

The main reason behind this pent up anger seems to stem from the Chief of Staff Nigel Wright’s admission that he cut a check for $90,000 to repay the fraudulent expense claims of a Conservative senator.

Will there come a point in time where public expression over Twitter determines which government officials are in power….