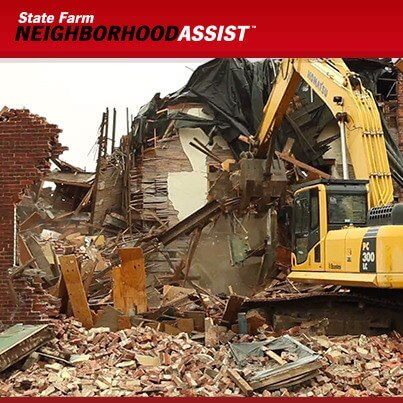 As they look for a ways to give back to the communities they work in, State Farm has launched a new promotion, “State Farm Neighbourhood Assist.”

State Farm is looking for ideas that would make your community a better place to live, and they are offering up $25,000 for those “game changing” ideas for the contest that runs from February 13 through March 6.

Neighbourhood Assist is a youth-led philanthropic program that empowers people to identify issues in their community. Then the program connects them with a local nonprofit that can help solve the problem by providing an opportunity to receive one of 40, $25,000 grants.

“The beauty of Neighbourhood Assist is that it places decision-making power directly in the hands of the public,” said Barbara Bellissimo, State Farm Canada Senior Vice President and Chief Agent. “We hope the 2013 Neighbourhood Assist program is able to increase last year’s widespread positive impact on Canadian and U.S. communities.”

In 2012, State Farm grants reached 40 communities that ranged in population from 222 to eight million people.  Examples of winning causes include helping an animal shelter replace its rescue van and assisting organizations that support the homeless and impoverished. Six neighbourhood parks were built or improved, while more than 65 percent of the causes directly impacted youth.

Are You The Next Top Avochef? Avocados From Mexico Contest Now Open