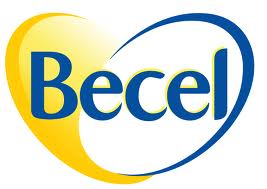 Becel released a new campaign as part of their support for The Heart and Stroke Foundation’s The Heart Truth Campaign and created a new ad that aired nationally this week. Its mission: to improve the heart health of women across the country, one mom at a time.  The brand is talking directly to moms in a very emotional way, and looking to bring home the message of the importance of heart health.

Working with two local schools in Ottawa and Gatineau, Becel surprised parents by inviting them to a music concert – with a twist. (see the video below)

Unsuspecting parents crowded into the school auditorium, waiting for the curtain to rise and their children to grace the stage. But when the curtains opened, instead of a music concert, students stepped onstage and read personal, heartfelt letters to their mothers reminding them how important they are, and how important it is for them to look after themselves, too. The entire performance was filmed and transformed into this commercial.

Becel conducted a study and found out that the majority (60 per cent) of Canadian mothers say they don’t have enough time to take care of themselves. Yet, over one quarter will spend hours hand-making a Halloween costume, stay up all night baking for the school bake sale or do whatever it takes to get their hands on the hottest toy. What’s more, 70 per cent of Canadian mothers don’t even consider themselves among their top three life priorities.

I’m Nicole Amiel, And This Is How I Get It DONE

While it’s commendable that Becel contributed to a charity it’s unfortunate they prefer a thick British accent to pronounce “buttuh” instead of the Canadian “butter” on their TV ad.