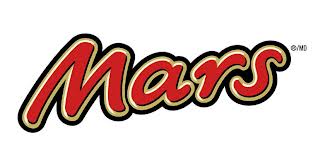 Its been a few months since MARS launched the Play Your Part campaign (in partnership with Hockey Canada) and announced that they would be contribution from $5,000 up to $20,000 to five participating rinks in need. The Mars Play Your Part campaign, with the help of hockey legend Wendel Clark, announced that all 5 rinks will be receiving $20,000 each.

“Hockey is still a major part of the daily lives of Canadians,” says Aziz Shariff, Marketing Manager, Mars CanadaInc. “We are thrilled to see the response from Canadians in support of these community rinks! The makers of MARS were committed to making a difference in these communities and we are proud that so many Canadians have stepped up with us to show their support and help unlock the funds!”

The launch of the MARS® PLAY YOUR PART™ campaign was the brand’s next step on an exciting journey to create awareness and motivate as many Canadians as possible to get involved, and participate to help make a difference!

Announced in September by the makers of MARS, the PLAY YOUR PART™ campaign gave Canadians the opportunity to activate a $5 CDN Mars Canada Inc contribution towards participating community rinks in need of renovation by purchasing a specially marked MARS®bar and entering the PIN code found inside the wrapper at www.marsbar.ca.