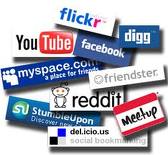 According to New York-based Zeno Group, more than one-third of executives (36 percent) say that the CEO of their company does not care or cares little about the company’s reputation in social media.  This is according to the findings from the public relation agency’s Zeno Digital Readiness Survey, which reveals many executives fail to consider social media reputation when making business decisions.

The online survey polled 300 U.S. corporate executives, spanning a range of industries and titles of VP or higher, including C-suite executives, such as CEOs, presidents and chairmen.  Notably, over half of respondents described their firms as primarily business-to-business (B2B) companies, and all companies had annual revenues of at least $1 billion.

The overall findings suggest social media is a “corporate reputation blind spot,” especially for B2B companies – a concerning notion considering social media now accounts for almost a quarter of people’s time spent online.[i]  As a result, companies that continue to ignore the online community or dismiss its influence are putting their reputations at risk.

“Given the explosive growth of today’s digital platforms, the Zeno Digital Readiness Survey shows a much larger percentage of companies than one would expect turning a blind eye to valuable customer views and insights,” said Mark Shadle, managing director of Zeno’s Corporate practice.  “These businesses, regardless of sector, risk serious reputational damage, as well as miss out on important stakeholder feedback, when they ignore social media conversations about their companies and their industries.”

Based on the data, there is a variance between how executives embrace social media and the size of their organization.  Executives in larger firms (with more than 10,000 employees) are more likely to say their CEO always or sometimes considers their company’s social media reputation, as compared to those at companies with less than 10,000 employees (71 percent versus 55 percent, respectively).  Among smaller firms, the tendency to ignore social media reputation is even more pronounced; 45 percent indicate it is rarely or never considered in decision-making, compared to 29 percent of larger firms.

“In these results, we see too many organizations that are still not ready to use social media to their advantage, either to advance their reputations or defend them,” added Shadle.  “Maintaining a positive social media reputation is no longer an optional communications strategy, but instead is a business imperative to be embraced by the entire organization, all the way up to the CEO’s office.”

Similarly, when looking at company size by revenue, larger firms are also more likely to respond quickly to a damaging issue online, with a majority of the largest firms (with revenue of $10 billion or more) saying they could react within 24 hours (63 percent), in contrast to 42 percent of smaller firms (less than $5 billion in revenue).

World’s Most Powerful Countries Ranked, Where Does Canada Rank?

Survey Says… Study: 39% Of Marketers Will Increase Influencer Budgets In 2018