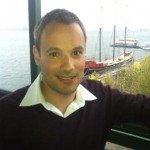 Weber Shandwick announced this morning that Adam Wall has been promoted to the position of General Manager for the public relations agency’s Toronto office. In this expanded role, Adam will be responsible for all operations of the Toronto office and will formalize his leadership of Weber Shandwick Canada’s National Client Leader group.

A key member of Weber Shandwick senior management team in Canada, Wall also will continue to lead the national Brand Engagement practice and build on his ongoing work developing the firm’s offer to clients in the areas of digital and content development.  He will also focus on the wider integration of the Canadian operation within Weber Shandwick’s North American Digital network.  Wall will report directly to Weber Shandwick Canada President Greg Power.

Prior to joining Weber, Adam worked at PraxisPR where he managed public relations for Nike Canada’s hockey and basketball portfolios and led the Pepsi-QTG account team.  He began his career at Veritas Communications.

Introducing On The Move “Live” – March 19, Tickets Now On Sale