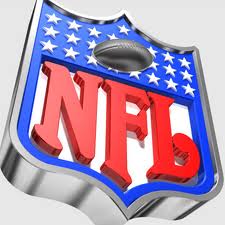 The National Football League (NFL) recently re-signed their sponsorship agreement with Samsung Canada, this year four lucky school across Canada win a chance at $5,000 Samsung Hope for Children technology grant for their school.  As well, the 6th annual NFL Take a Player to School sweepstakes also makes its return to Canada.

NFL Play 60 is the National Football League’s campaign to encourage kids to be active for 60 minutes a day in order to help reverse the trend of childhood obesity.

The Samsung Hope for Children program was launched globally to bring attention to the worldwide need for childhood education, health, and environmental sustainability. With their $5,000 technology grant, winning schools can choose from a variety of Samsung devices, including tablets, PCs and computer monitors, to enhance interactive learning in their classrooms.

“Together with the National Football League we are proud to help provide teachers and students with the resources they need for success,” said Andrew Barrett, VP Marketing, Samsung Canada.”Enabling active healthy lifestylesand improving learning environments are important pillars of the Samsung Hope for Children program.”

Parents of school-aged children in Canada are encouraged to nominate their children for the 2012 NFL Take a Player to School sweepstakes. Nominations will be accepted between October 22, 2012 and December 31, 2012. Nominations can be submitted by visiting URL.