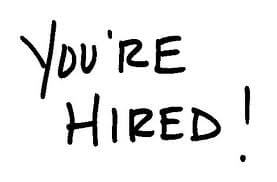 Dervla Kelly has been promoted to Head of Corporate Communications and Network Publicity. In this expanded role, Dervla will continue to lead Shaw Media’s Communications and Publicity efforts and will also support the Shaw Communications team in developing the company’s Public Relations initiatives across Shaw. brings over 15 years experience in various areas including PR, media/industry relations, branding, marketing communications, employee communications and corporate social responsibility.

Judy Lung joins Shaw Media full time as Senior Publicist for Global. Over the past few months, Judy has been on contract as the Publicist for Lifetime, supporting the launch of the channel and helping to promote key series and movies including The Client List, Dance Moms, Steel Magnolias and Liz & Dick. Judy brings with her over a decade of experience in entertainment PR, managing hundreds of campaigns for TV and film.

Katia Houde joins Shaw Media in the position of Publicist for Global. Katia has over four years of publicity experience in the fashion and entertainment industries, most recently as part of the Communications team of the Toronto International Film Festival.