RONA Wants Canadians To “A Win For Us” 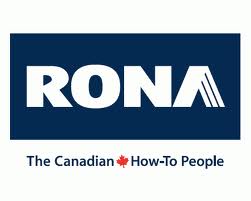 Canadians are proud people, as our athletes are over competing at the London Games, RONA, Canada’s largest distributor and retailer of hardware is launching a new campaign called “A Win For Us.”   Taking a page out of the success they had with the Vancouver Games campaign, RONA once again is highlighting the company’s strong cross-Canada network and commitment to “Doing it Right,” this multi-faceted campaign features a 90 second ad, launched exclusively on RONA’s YouTube channel, as well as print, social media and guerrilla marketing initiatives. The ad can be found on the specially built webpage www.awinforus.ca.

Showcasing the collective effort and sense of camaraderie that are paramount to RONA’s success, the broadcast ad shows

a humourous take on a relay race, with Canadians running, kayaking and flipping across Canada as they pass a screwdriver “baton” from coast-to-coast. The ad is designed to help build a sense of pride among Canadian consumers and celebrates RONA’s dedication to “Doing It Right,” regardless of the obstacles faced. Accompanying the broadcast feature is a print ad branded with the tagline “A win for Canada is a win for all of us.” The print ads feature a RONA work glove proudly waving a Canadian flag, highlighting RONA’s $4.5 billion CDN yearly direct investment into the Canadian economy.  The “Win For Us” campaign is part of RONA’s contribution to, and sponsorship of  Team Canada.

The “A Win For Us” campaign is the latest in a series of initiatives highlighting RONA’s commitment to investing and improving the lives of Canadians. RONA recently launched their virtual relay, “Plant Your Feet,” inviting Canadians to run or walk in support of the Team Canada.  For the Relay, RONA has committed to planting one tree for every kilometre registered at gocanada2012.rona.ca that is walked or run, demonstrating the company’s dedication to the Canadian environment. To date, RONA has committed to planting up to 40,075 trees – one tree for every kilometre needed to travel around the world at the equator.

Brands Increase Pressure On Agencies To Support Diversity, Is Your Agency Compliant?