Toronto’s downtown streets have been taken over today as WestJet, along with the help of Mosaic launch a new campaign to help as part of WestJet’s new availability of flights to New York’s LaGuardia airport. WestJet has deployed 100 Statues of Liberty representatives to give out prizes of 100 per cent off the base fare of a round trip to  Celebrating the addition of these new daily flights, 150 Grand Prize flights will be awarded to people in the streets of Toronto who are lucky enough to locate one of New York’s most recognizable icons.

Mosaic helped to organized a day with a photo opportunities at Toronto’s Yonge and Dundas Square – complete with 100 live Statues of Liberty and WestJet’s Robert Palmer. 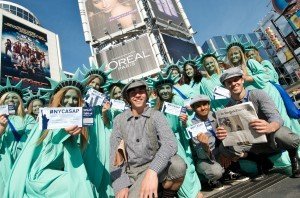 “WestJet loves New York, and what better way to express our excitement for our new route than to give out 150 Grand Prizes to our customers in a fun and exciting way,” said Richard Bartrem, WestJet VP of Communications and Community Relations. “And for those who don’t win a Grand Prize or discounted flight, we’re happy to offer low fares that allow travellers to experience one of the greatest cities in the world without making a huge dent in their wallets.” 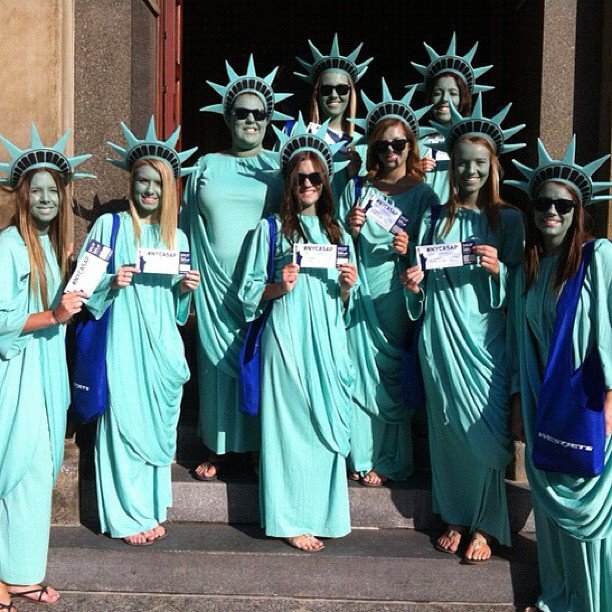 Each statue will be distributing promotional ‘Boarding Passes,’ offering the chance to win one of 150 Grand Prize flights to LaGuardia, or one of 23,000 unique promo codes for 20 per cent off a return flight between Toronto and New York City’s LaGuardia airport (valid untilOctober 3, 2012).