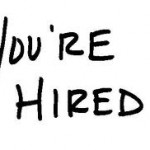 Fleishman-Hillard in Canada announced the appointment of Ron Reaman as Senior Vice President and Partner, and National Lead for the agency’s Food and Agribusiness practice.  Ron has over 20 years of experience working in the public, private and not-for-profit sectors.  He has also worked on some of the foodservices industry’s highest profile issues at the provincial, federal and international levels.

Prior to Fleishman-Hillard, Ron spent seven years at the Canadian Restaurant and Foodservices Association where he held a number of senior roles, including running the association’s Ontario Regional office and overseeing several key federal government policy files.
He has also served a number of premier global brands as a communications strategist, and worked in the Communications Branch of the Department of National Revenue in Ottawa during a decade of service as a federal public servant. He is also a contributor with The Huffington Post Canada.