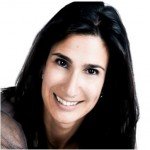 Hill & Knowlton Canada announced a number of management changes today as the organization gets ready for this new season of business.  Ilyse Smith has been appointed General Manager of their Toronto office.  She has been with Hill & Knowlton Canada for fifteen years, starting off her career there in the Technology Communications Practice which she led before becoming National Technology Practice Leader. After heading up both the Toronto Corporate Communications and Crisis team, she led the National Corporate Development unit where she successfully directed new business strategy and marketing for the agency. She has been a member of the firm’s senior leadership team for 11 years. 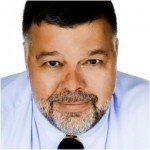 Jeff Smith who was previously the General Manager, will now be taking on a new role as Chief Development Officer.  Over the years he built a team of public affairs consultants in Ottawa before moving to China and taking over the leadership of the Beijing and Shanghai operations in 2002. Upon returning to Canada in 2005, he became General Manager of the Toronto office.  Jeff joined H & K in 1995.

Selena Cameron moves in to the role as Head of National Corporate Development, and has worked for H & K in both Canada and the UK in various consulting positions in the technology, healthcare and corporate communications practices. Before moving to the UK where she worked in the corporate communications team, she led Hill & Knowlton’s Toronto marketing communications group. Before rejoining the firm earlier this year as head of national marketing, Cameron was client services director at MS&L UK.

2015 IABC/Toronto OVATION Awards – And The Winners Are…