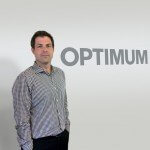 Optimum Public Relations prepares for evolution and new ownership as part of Vision 7, and recently announced a new Vice President as Kevin Groh has been appointed to the role.  Kevin joins from Walmart Canada where he held the roles of Director of Special Projects and Director of Corporate Affairs.

Prior to eight years at Walmart, Kevin held roles with a Toronto-based public relations agency in the financial services and corporate practice, with PricewaterhouseCoopers’ national media relations team, and in stakeholder communications at a Canadian mutual fund company.

On The Move: ESDC, Town of Perth, Toronto District School Board