Is Your Story “Embargo” Worthy?

It is probably fair to say that not every story can be classified as “Breaking News” or worthy of an embargo. Over the years we have had a number of 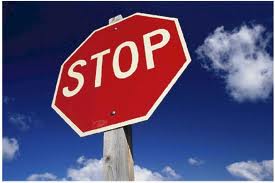 public relations professionals slap on the embargo label on their stories. Sometimes it is a story about the launch of a brand new company, or the raising of additional capital funds. These are examples of stories that are  usually compelling to the reader. Sometimes it is the integration of a product into Google Analytics – not quite something that will rock the world and quite often won’t even get full story coverage much less being placed under embargo.

Over the last two years there has been a major shift by bloggers to ignore embargos. Why you ask? Simply, there is a race to report on a story FIRST. Blogs are not restricted to the same type of production deadlines, costs and time lines that happen with traditional media. With blog, a story can be told within minutes of receiving the press release.

Turning our attention to Techcrunch for a moment, Founder Michael Arrington was the first person to come right out and said he will no longer respect them. It paid off as Techcrunch is a source that breaks technology news in the United States and the $3 million that AOL paid to acquire the network it is a good testament to the value that the site provides to its readers by being FIRST and ignoring embargos.

So the next time that you put the big E on a press release, consider the story from the blogger or journalist’s point of view and how they will respond to your pitch.

4 Reasons Why The Embargo Is A Dead Practice