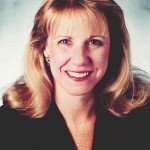 With the opening of their second US office, Environics Communications has also announced that it has appointed Jonelle Birney Sullivan as the new General Manager who will head up operations.  Jonelle was most recently CEO of San Francisco-based technology public relations agency Blanc & Otus, owned by Hill & Knowlton. She also worked in Washington at ProServ sports marketing and global PR agencies Ogilvy & Mather and Fleishman-Hillard. Her client experience at these agencies includes Anheuser-Busch, MasterCard, the NCAA, Novell, Sybase, the USO, and the Vision Industry Council of America, among many others.